Several civil society organizations are promoting slacktivism, or clicktivism campaigns if you prefer a more positive term, as a fast way to engage users in supporting social causes exclusively through digital channels.

Its supporters highlight its viral properties and the easy way to quantify campaign results. Their detractors criticize poor engagement level from recipients.

Is clicktivism a good method to gain support for social campaigns? Is it a good way to sensitize the public? This article reviews different clicktivism methods to help you decide which one best fits your needs.

From hashtagtivism to hacktivism through online petitions, viral marketing, and social gaming, several types of clicktivism can be used to promote a cause.

As with any other channel, depending on your campaign goals (funding, gaining support, denouncing, changing behavior, etc.) you might choose one or another, but all these share similar characteristics based on the channel, the user, and the ‘value proposition’.

Slacktivism: Little effort and low interaction with the group

In 2009, the psychologist Anders Colding-Jørgensen, created a fictitious group in Facebook as a part of a slacktivism experiment. In the group description, he published the municipality of Copenhagen was intending to demolish the historic Stork Fountain. Two weeks later, this ‘activist’ group was followed by 27.500 people.

The experiment shown that, when the required effort is low (joining a cause by clicking ‘like’), is easy to accomplish a big number of supporters to a social cause, but the group members will no act in a cohesive way, and the group control will always lead in the creator.

In other words, creating support groups in social media is a good method to disseminate a simple idea to a large amount of people quickly, but it is not powerful enough to sensitize and make audience react in a deeper way.

One of the main advantages of implementing campaigns using social media is being able to quantify impact in real time. In addition, it is a good way to research which messages may attract different stakeholders.

But, clicktivism critics points out the risk of testing these messages and recipients’ behavior, usually using A/B tests, might lead into the temptation of simplifying messages to make them more viral and gain more supporters.

Based on this, quantitative data would be preferred over message impact.

Hence, and always according to critics, this method should be chosen when the goal is finding out which messages fit best to desired audiences. 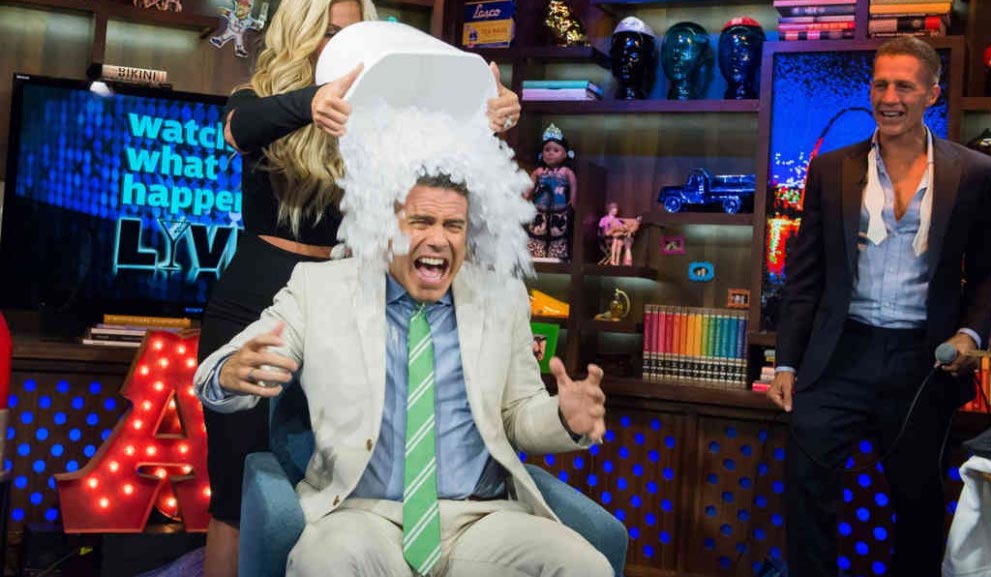 Combining narcissism, competition, and social media to reach 500k. Do you remember what ALS is?

Petition platforms have become powerful agents to let people affiliate to a cause and force decision makers to act.

Big NGOs like WWF are paying change.org to allocate their petitions to target the desired audience.

Petition platforms don’t openly publish marketing metrics to measure the responsiveness of petitions. But according to their own statistics 2% of campaigns become successful.

So, if you want to run a campaign in these platforms, try combining a sense of urgency, social or environmental issues explained in a simple manner, and a solution implicit in the text.

Crowdfunding: Give me your money and I will make you feel good

Several sociologists point out that the level of commitment with the organization’s values is lower in funding campaigns because the donor tends to think that’s/he’s done with her/his part by just giving money.

The action of clicking provides satisfaction and auto-reward in itself. Critics demonize this because there’s no deeper engagement. But, is it not just the same situation when you give your money to a street fundraiser?

If you are looking for funding through crowdfunding websites, the same rules applies as in real world. Give the donors a simple message, take their money, and show them what you are doing with it. 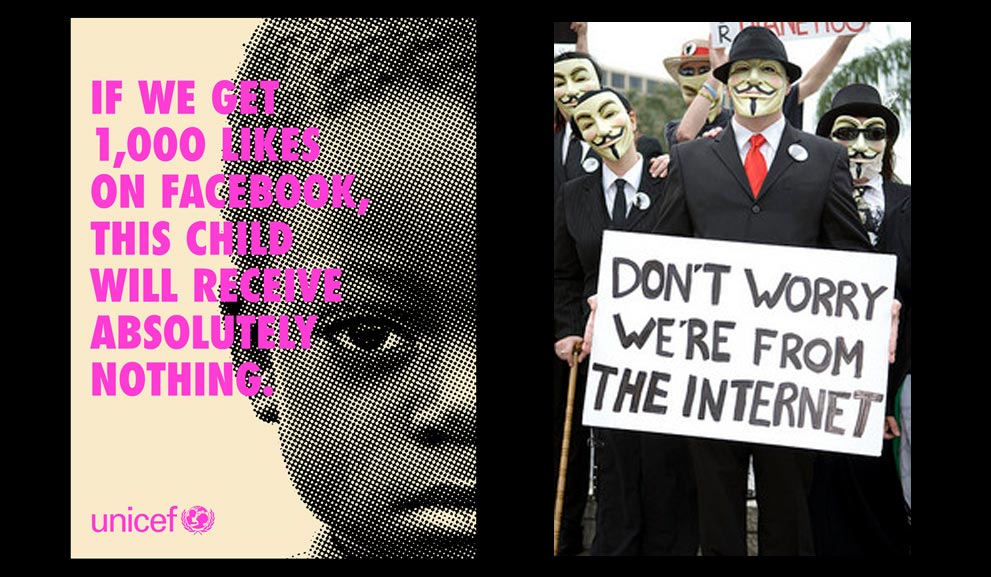 Sounds frivolous? Ok, then support these actions with sensitizing activities pushing donors to endorse the message to take an active part.

Games for social change: Sensitizing through the game console

New online games intended to make gamers aware about certain causes are getting popular. Women empowerment, peacebuilding, sensitization about armed conflicts, or social inequality are frequent topics in these games.

Recent studies suggest the potential of social videogames as an education and awareness channel.

So if you have a well-defined audience profile, are able to combine fun and learning, can split your message into different understanding levels, and know how to measure the impact, maybe you could consider designing games for your public.

This term was born after the protests of 2008 with the hashtag #OccupyWallStreet.

The concept is basic. A hashtag is created and spread to reach the highest possible number of people to make it popular and serve as a catalyzer to reach mass media.

We can’t deny social media helped a lot of people during the Arab Spring. Online activists created a virtual ecology of civil society, debating contentious issues that could not be discussed in public.

The opposite occurred with the biggest African hashtag ever, #bringBackOurGirls, when trying to push politicians to act against a massive girl kidnapping became a shameful political fight in Nigeria and a total disinterest in the rest of the world.

When well-planned (good message, good network of influencers, coordinated launch at the right time), these methods can call the attention of mass media. The impact of these actions helping to achieve a major goal depends on how people make the message their own.

The term is kind of ambiguous and, while several authors associate this with cyber-terrorism, others explain this phenomenon as a simple use of technological tools to achieve social change.

The most common ways of hacktivism include anonymous blogging, massive emails, or website cracking. Hacktivism is mostly devoted to promote and sensitize about freedom of expression, civil rights, and overall, freedom of information.

A good example of these techniques is how anti-censorship activists use geobombing to bring attention during internet blackouts in certain countries. By using geotags in online videos, services like google maps can locate the places where these videos were recorded. The internet is full of how-to guides to use these methods.

So, should I use these methods?

Is it your goal to sensitize about your cause? Reach mass media attention? Are you planning a funding campaign or are you trying to call the masses for a major demonstration? These methods can be used to achieve different goals and audiences.

Let’s be creative. Let’s take advantage of every communication channel and use it to achieve our goal, message and audience. Let’s study well the context and do not forget that, to produce a change, we must be didactic, emotional, and call to action at the same time.

What about you? Have you experienced some of this techniques to produce social change? What are your tips in using these methods?

Melissa Smolensky. 2013. The Data Behind Online Activism on Change.org
https://blog.chartio.com/blog/the-data-behind-online-activism